Hello music lovers, I'm Owen Adams from the DMV. My parents got me piano lessons when I was 4 years old. Eventually I got pretty good after I discovered Keith Emerson at 14. I learned "Tarkus" by downloading the MIDI file into Cakewalk and printing it out, and I was determined to master it!

I kept practicing piano during middle school and high school, and apparently I was good enough to win 1st Place in many of the local and statewide classical piano competitions. Besides that, I had loads of community service hours stacked up from working as a summer camp counselor, so I ended up with a pretty radical resume. I even won a national Washington Post Music & Arts scholarship for a video I made performing a super intense Ginastera sonata! At 18, I auditioned live at a few universities and received full, 4-year tuition scholarships from Howard, Towson, and University of Maryland. As a UMD alumni, my degree is in Music Composition. I chose composition over performance because I have always felt my most valuable skill is my ability to create NEW music and weave past and present influences into fresh works of sound. Anybody can play an instrument well, but where's your song?

During my 4 years of study at University of Maryland

College Park to obtain my BM in Music Composition,

including a jazz wind ensemble piece which I

performed on drum kit live with the wind ensemble,

conducted by Dr. Sparks. I also performed with the

semesters. During my junior year, I also composed

an electronic string quartet piece for the Kronos

which was premiered at the Gildenhorn concert hall

I've released my 10th studio album, "manifestO" as
a tribute to the great keyboard players who inspired
me at a young age. It is an hour-long roadmap of
my favorite genres, instruments, and concepts.
Through my education, community involvement,
piano performance and video production abilities,
I hope to generate lots of beautiful music and
help the young kids of today deal with their unique
struggles by embracing music and finding their own
voice in a confusing modern world.

After manifestO, I released 2 new projects in 2020,

the "Unfiltered EP" as well as "Get Moving." Unfiltered
is a live improvised recording session that took place

in February 2020 for about a week, every single night.

Each song was recorded live on video, which you can

see on my "Watch" page. "Get Moving" is an instru-
mental album contining about an hour of high energy

dance music, inspired by my favorite techno and house

You can see me LIVE again as soon as my favorite venues open back up!

Owen Adams with Kronos Quartet in 2011

Owen Adams with Ambience on CTV (with interview) 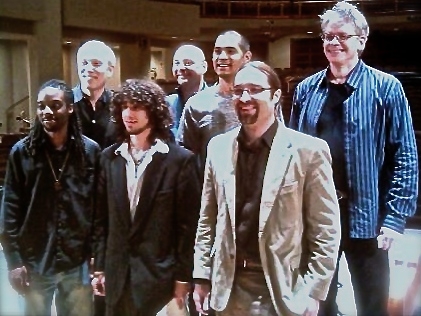 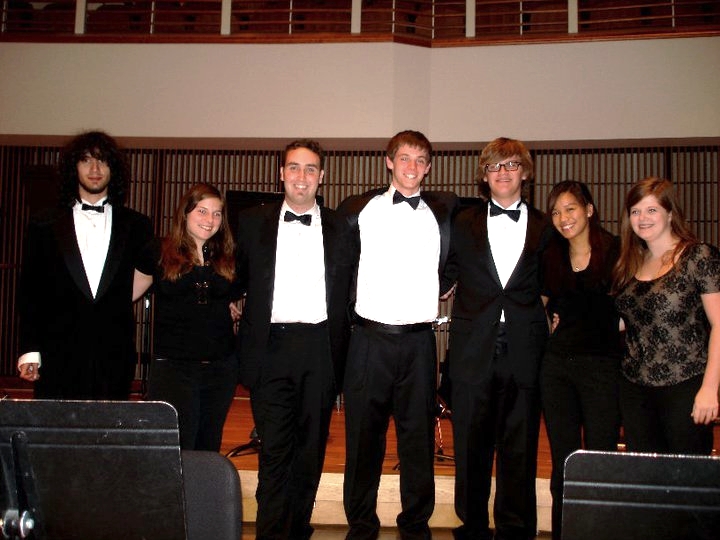